It’s day three of the trial against BP, Halliburton and Transocean to determine each company’s share of blame in the 2010 Gulf Oil Spill. 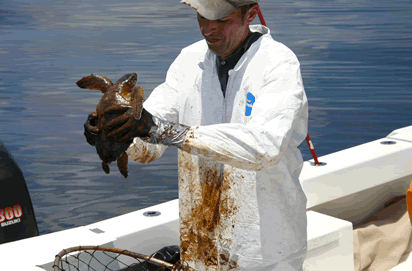 Former BP CEO Tony Hayward appeared via a 2011 video deposition for a short time. Hayward, in the deposition, said he didn’t cut corners with the drilling operation.Hayward insisted  that the disaster was not a result of cost cuts.

Lamar McKay, former BP president and current chief executive of upstream operations, testified that there was a known risk of blowout with the project. He said responsibility of assuming that risk fell to all of the companies involved, calling it a “team effort.”

From the New York Times:

“Mr. McKay repeatedly responded that BP was responsible for designing the well, but that the rig, cement and other contractors shared responsibility for safety on the drilling operations.

“It’s a team effort,” he said. “It’s a shared responsibility to manage the safety and risk.”